Cats yesterday, dogs today. I couldn't go without talking about my favorite animal. Our four-legged friend, the canine.

I was very lucky. My first birthday present on my first birthday was a dog. A black-and-white Shetland Sheepdog named Lady. (I don't think the person who named her had much imagination.) She was adorable, and I loved her for a very long time.

I've rescued several dogs, and was involved with wolves for a while. When I got divorced in 2008, the only things I wanted were my books, clothes, personal stuff, the car and the dogs. The hubby got the house. The car got stolen. But I got the dogs.

Cody was a rescued Siberian Husky. He was a perfect dog, lovable, well-trained, gorgeous. His only problem was that he was going blind in one eye from cataracts. I think that's why he was in the pound. That's only my opinion, though. The official line was the family was moving. He died in 2009 before I could pick him up from the ex. Jon called me and asked me to come over and look at him. He thought he had an eye infection. Cody could barely walk. I sat on the floor near him, and he crawled over and put his head in my lap. I told Jon he didn't have an eye infection, and that he had to get Cody to the vet immediately. The next morning the vet said Cody's abdomen was full of cancer. We gave him mercy.

Jordan was a rescued Shetland Sheepdog/Border Collie cross. He was wonderful too, but kind of neurotic. Jordan had a huge passion for cheese, so it was easy to figure out what his training treats were going to be! I lost him on March 13, 2012 from kidney failure.

I love dogs. They love unconditionally, they comfort continually, and they are unflinchingly loyal. Truly a piece of heaven on earth.
Posted by Lara at 2:32 PM

Dogs are my joy too, loved your story,happy A to Z.

Thanks, Maggie. You too! 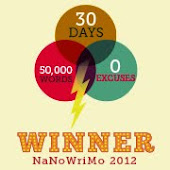 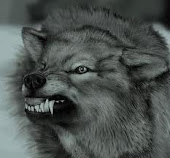 Blogs and Pages I Love